"There is little you can do to stop a tornado, a hurricane, or a cancer diagnosis from changing your life in an instant." This quote by Ted Lieu, a congressman from California, rings true for so many that experience a cancer diagnosis. But the tornado that was Jaden’s cancer diagnosis didn’t know the power of Jaden and his family, and his “still gonna dance, still gonna smile” mantra.

At the time of his diagnosis, Jaden was your typical 11-year-old boy who enjoyed playing basketball, music, being outside and hanging out with friends. Jaden’s mom, Lakisha, noticed Jaden starting to walk with a bit of a lag or a slight limp. She asked him if his knee or leg was hurting, and he assured her that everything felt fine. Not too long after that, Jaden lost control of his right arm and shoulder. Jaden was referred to and brought to Penn State Health Children’s Hospital immediately, and was diagnosed with a brain tumor. Once diagnosed, Jaden started weekly chemotherapy treatments right away. 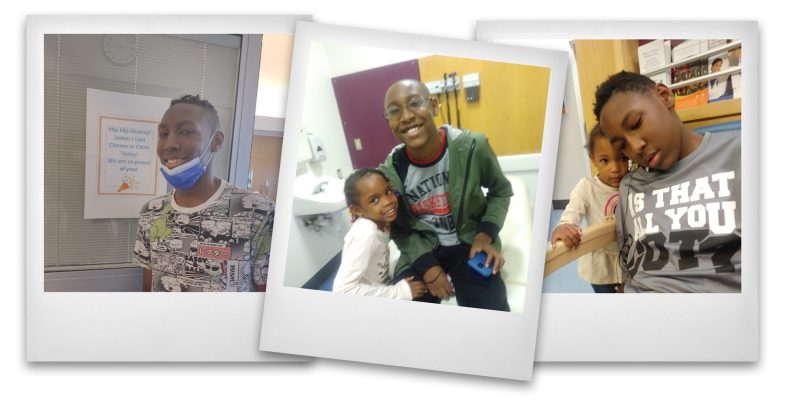 Jaden’s whole life had changed. Along with Jaden’s weekly chemotherapy treatments, he also had twice weekly occupational and physical therapy appointments making in-person schooling difficult. His school district coordinated a teacher to work with Jaden at his home 4 days a week for about an hour to make sure he didn’t fall behind. After his sixth-grade year, Jaden enrolled in a cyber school, and with the support of his family, endured yet another challenging transition in his life.

During Jaden’s first two months of treatment, what was happening to him really hit him hard. His mother remembered that this was the first time since the diagnosis that Jaden just cried. It wasn’t because of the pain; it was more that this was what his life was right now. She told Jaden that she knew this was hard, but that they would get through it. “God will see us through, he always has, and I will keep praying.” Jaden's family had a policy where they were always available to talk about any concerns whatsoever, which also made a huge difference. 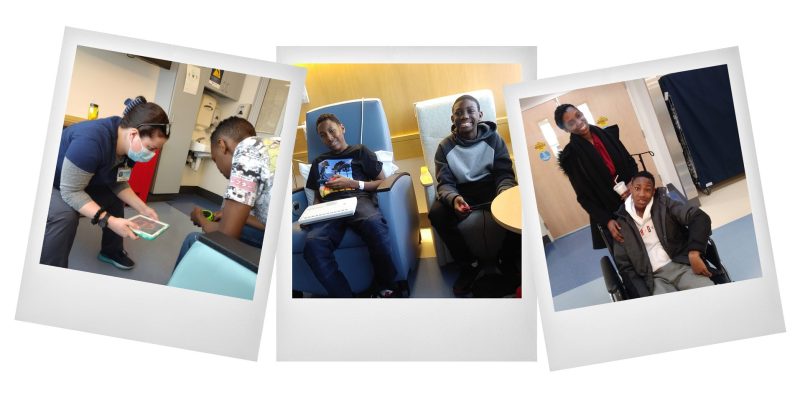 After about a year, Jaden had some regression and some symptoms had returned. Jaden learned the tumor was no longer shrinking, and that the fluid in his brain was not flowing properly. The next step was surgery to relieve the pressure and a new type of chemotherapy. This was by far the biggest parenting challenge Jaden’s mom experienced. She had just learned that after over a year that her son’s cancer did not appear to be getting better. She just cried. However, she continued to pray alongside her family to help her through and did what any super mom would do. She stayed with him the entire time in the hospital knowing she couldn’t do anything more for him than just be there for him. I’m sure if you ask Jaden, he will tell you that was enough.

This past May, Jaden's journey took a turn, a positive turn. He received news that his tumor was shrinking, and that one of his new chemotherapy treatments was working! Each week he was getting stronger and stronger. Meanwhile, through all his treatments, surgeries, Covid-19 tests, Jaden never complained. Jaden was the one now pulling his family through his journey. "Still gonna dance, still gonna smile.”

Jaden turned to his music during his treatment. Working with some amazing music therapists at Penn State Children's Hospital, Jaden has been writing his own music, and it's what keeps him pushing forward. He even danced his way out of the outpatient clinic with his social worker, Greg, after his final chemotherapy treatment to a song he composed. The family is very thankful for Four Diamonds making possible the work of the music and art therapists, social worker, child-life specialists, and so many more that were there to for Jaden throughout his journey.

That takes us to the last day of June 2022. Jaden is now 14 years old and has finished his treatment at Penn State Health Children’s Hospital. He is “ringing the bell,” a tradition where kids ring a bell to signify the end of their cancer treatment.

Jaden is now attending (and loving) summer school to catch up on his schoolwork and is very excited to be start high school in-person in the fall. Jaden was also just granted his “Make-a-Wish” and is looks forward to visiting Disney World for the first time.

A resilient young man, Jaden is way beyond his years, and is such a light to anyone that needs him. He may not have a lot to say, but when he opens up, he is a joy to listen to. He speaks through his music, he is led by faith, and his mom calls him the true definition of faith and miracles (as you can tell by her smile when she talks about him). Jaden’s mom is hoping that their story will inspire others and bring them joy to know Jaden is thriving.

"It could be worse than what it is, so take each day as a new challenge." These are Jaden’s words of wisdom now that he is done with his cancer treatment. Words of wisdom from a 14-year-old, well beyond his years, ready to “dance and smile” despite the tornado that changed his life.